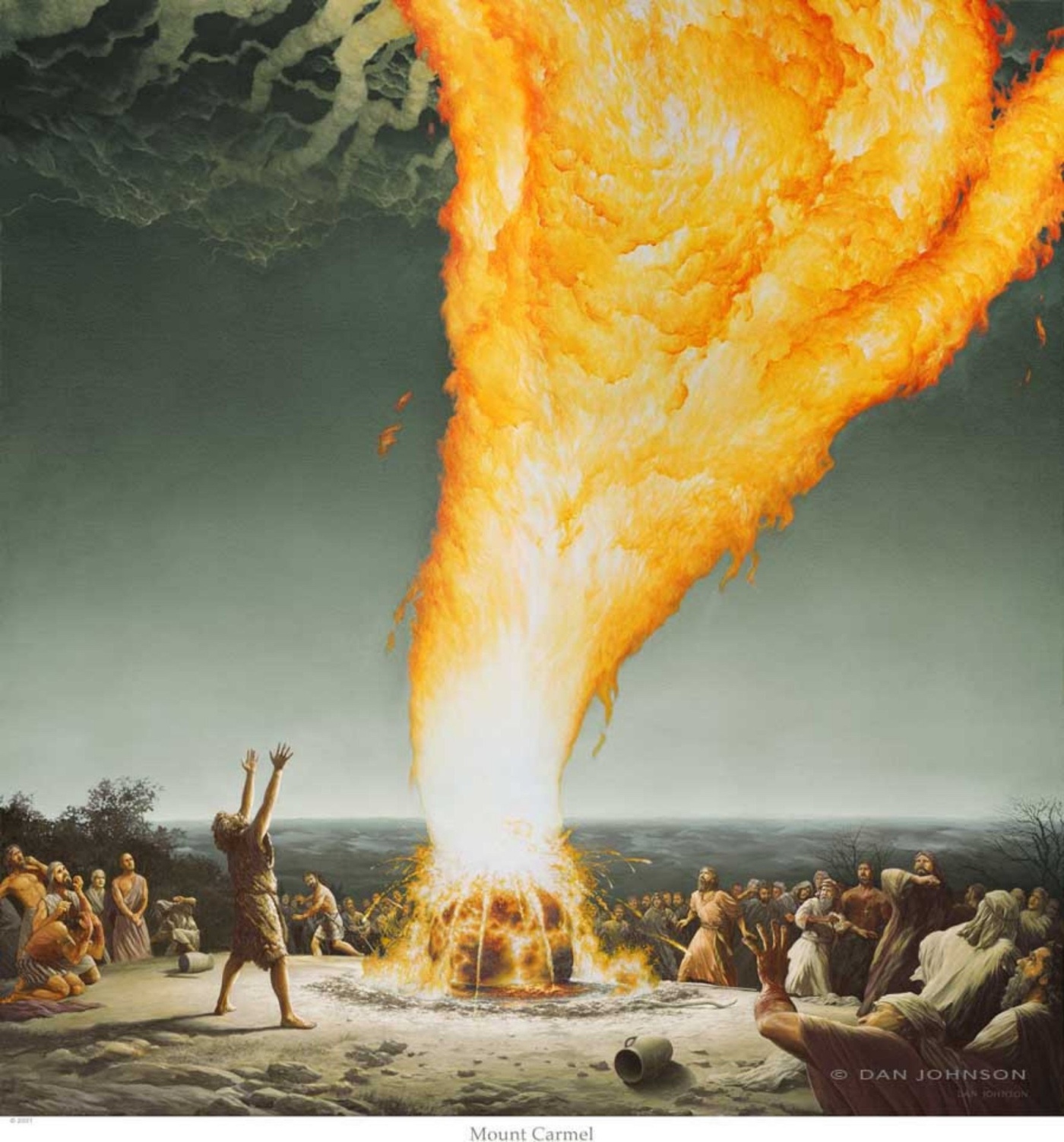 Over the last few weeks, the Lord keeps drawing me back to the story of Elijah’s actions on Mount Carmel. When everyone recalls this story, they tend to focus on the actions of Elijah calling down fire from heaven to consume the altar, and rightfully so…it was an awesome answer to prayer and tangible demonstration of faith! However, each time the Lord draws me back to this story, He shows me a new detail of the story that I previously missed.

First, it is imperative to know the context leading up to Mount Carmel. One piece of this context is the severe drought in the land that Elijah prophesied prior to his time in the wilderness. He boldly proclaimed that there would be no rain or dew without his word.

“Now Elijah the Tishbite, of the inhabitants of Gilead, said to Ahab, ‘As the Lord God of Israel lives, before whom I stand, there shall not be dew nor rain these years, except at my word.'” (1 Kings 17:1, NKJV)

This was a bold proclamation on Elijah’s part and a unmistakable proclamation on God’s part that Elijah was his prophet. After about three years in the wilderness while the drought was still in effect, the Lord told Elijah to seek out King Ahab so that he could end the drought on God’s terms and in His timing.

“And it came to pass after many days that the word of the Lord came to Elijah, in the third year, saying, ‘Go, present yourself to Ahab, and I will send rain on the earth.'” (1 Kings 18:1, NKJV)

It is important to understand that these events leading up to Mount Carmel was set in motion years before, and was part of God’s process. In order for Elijah to demonstrate the awesome power of Yahweh on that mountain, he had to undergo a preparation…a setting apart unto holiness…while Yahweh validated his authority as a Prophet through various events, beginning with the calling of a drought.

Through a period of absolute dependence on the Lord in the wilderness, as well as an absolute declaration of faith through the raising of the widow’s son (1 Kings 17:17-24), Elijah was thoroughly prepared for what he was to do on Mount Carmel. In fact, immediately following the raising of her son, she makes the following proclamation confirming the preparation of Elijah:

A second detail that is often missed is the widespread reputation of Elijah. Against this backdrop of an intense preparation, we now see the complete measure of the prophet Elijah, and the reputation and message that now preceded him. In fact, the head of King Ahab’s house, Obadiah, knew all about him and the power of his prophetic word of judgment. When Obadiah suddenly met Elijah:

“[Obadiah] recognized him, and fell on his face, and said, ‘Is that you, my lord Elijah?…How have I sinned, that you are delivering your servant into the hand of Ahab, to kill me?'” (1 Kings 18:7b-9, NKJV)

Even King Ahab himself knew of Elijah’s deeds and words, and called him “O troubler of Israel?” (1 Kings 18:17, NKJV).

Third, another detail of this story that most people overlook is the vast number of pagan prophets that opposed Elijah on Mount Carmel.

Wow! That is a total of 850 prophets that Elijah challenged all by himself, but only 450 showed up (1 Kings 18:22). Now the rest of the story beyond this point is very well known, and we know the final outcome of Elijah’s challenge–fire came down from heaven and consumed the altar!

However, the last detail that most people overlook is what Elijah did immediately after fire consumed the altar and people fell on their face and worshipped God.

“And Elijah said to them, ‘Seize the prophets of Baal! Do not let one of them escape!’ So they seized them; and Elijah brought them down to the Brook Kishinev and executed them there.” (1 Kings 18:40, NKJV)

Yes, Elijah executed all 450 prophets of Baal himself! While this may seem a bit extreme, Elijah was simply obeying the commands of God by executing judgment on these wicked and evil prophets of the demonic god, Baal.

In conclusion, when considering the story of Elijah on Mount Carmel as a whole, we must remember the following: 1) God prepared and validated the person and word of His prophet, Elijah, years before this extraordinary demonstration of God’s power; 2) After this period of preparation and validation, Elijah did not doubt his calling as a prophet–he showed no fear of King Ahab or 850 pagan prophets; and, 3) Elijah was ready, willing, and able to carry out the commands of God, despite the messiness of the task.

Brothers and sisters in Christ, if you are being called by God to a task, take the step of obedience through faith, knowing that He will prepare, validate, and enable you to accomplish the task to bring glory to Himself!

One thought on “Choose This Day”