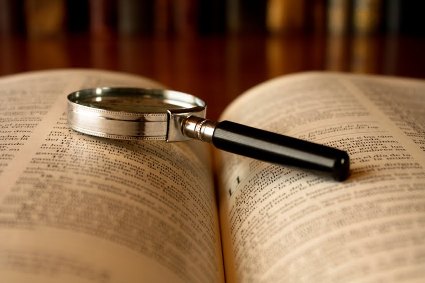 How many times have you ever been asked the following question in a Bible study or discussion:  “What does this passage mean to you?”  Usually this questions generates various answers that all differ in some way or another.  Today, I had the distinct pleasure of attending a men’s fellowship event at my local church, and the discussion revolved around the vital importance of God’s Word to every Christian.  Based on some of the comments and points of discussion within the group, it became apparent that many men have trouble connecting with Scripture due to an incorrect view of the text.  More specifically, they neglect the fact that Scripture is inspired by sovereign God, and its meaning is thus controlled by Him regardless of our limited human interpretation.  Please allow me to explain further.

In literature, there are two main characters involved—the author and the reader.  Each one plays a unique role in the various forms of literary communication.  In conjunction, there are two camps with opposing views on the roles of both the author and the reader.  To extract the meaning from the text, the reader must use a form of interpretation.  Traditionally, it is the role of the reader to extract the meaning as communicated by the author, otherwise known as authorial intent.[1]  In other words, the author fixes the meaning, while the reader finds that particular meaning through the process of interpretation.  The key factor, in this case, is that the meaning remains fixed.

On the other hand, some view the role of the reader as the one that dictates the meaning, regardless of the author’s intended meaning, and this view remains popular among many modern, secular literary critics.[2]  With this view, the key factor changes, in that the meaning becomes whatever the reader determines.

When interpreting the Bible, the Author always controls the meaning.  With this in mind, we must constantly remind ourselves that there are two authors controlling the meaning behind the text—the human author and God.[4]  The intended meaning is that which is determined by God through the communicative skills of the human author.  We should also ask:  If God is communicating through the biblical text, what gives us the right to change that meaning according to our own preunderstandings or current life situations?  It is equally important for the church to cast aside any inkling of reader-response interpretation in order to regain a sense of unity on theological principles, instead of numerous divisions based on denominational divisions.

In essence, whether we want to admit it or not, denominations are simply forms of groupthink based on a particular interpretation of Scripture, and their continued existence further proves the need for theological unity based on the authorial intent of Scripture.  In fact, if we were to really embrace God’s authorial intent of Scripture, we would heed the human author’s exhortation in 1 Corinthians 1, do away with divisions within the body of Christ, and be united in the same mind and purpose.