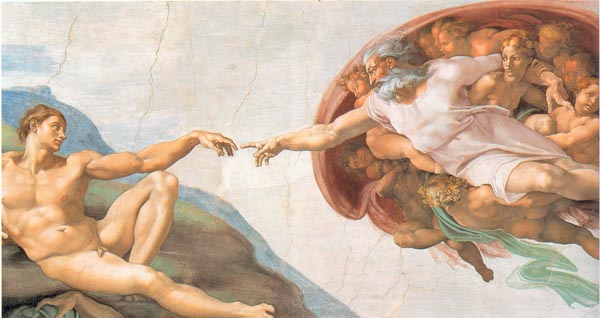 During the period of Creation, God saved the best for last—His creation of man. Prior to His final act as the divine Creator, He states, “Let us make man in Our image, after Our likeness.”[1] Once this occurred, we became God’s image bearers, or imago Dei. On the day that God created Adam and Eve, humanity became the bearers of God’s perfect image as He intended.

With the emergence of sin and the fall of man later in Genesis, one would assume that humans lost their imago Dei status. However, regardless of the fall of man due to sin, we still bear God’s image.[2] Paul states in his letters that when we become Christians, we are “new creations”, and begin the process of resetting the imago Dei to its rightful status.[3]

God created humans in His likeness, thus bestowing the imago Dei on us. To me, a good explanation of imago Dei lies in my two sons, Gabriel and Michael. Just like they are the image-bearer of my wife and I, so are humans the image-bearers of God. They may look differently on the outside, but they both possess images of both parents. To me, looking at the oldest, Gabriel, is like looking in a 27-year old mirror and seeing myself. I would imagine that God sees the same thing in each human being.

Despite the various theological views on the idea of imago Dei, all four elements of humanity (physical, psychological, ethical, and spiritual) comprise a human being, and is a sum of its parts. You cannot divide these parts, or a human being is no longer human.[4] For example, a car consists of a body, an engine, and wheels. If you take off the wheels, it ceases to be a complete car and becomes a yard ornament. This, in turn, significantly changes its purpose and hinders its ability to perform its intended purpose.

According to Ronald Habermas, three practical dimensions offer ways for each one of us to project our imago Dei towards others, and, in turn, becomes a driving force in our ministries as Christian leaders. He asserts that imago Dei changes the way we view others, our behavior towards others, and deepens our reception to diversity.[5]

With these three dimensions in mind, it is easy to see how imago Dei can affect our social ministry, our outreach and evangelism, and, ultimately, our potential as Christian leaders. If we accept that we are God’s image-bearers ourselves, then we must train ourselves to view other people in the same respect.[6] The concept of imago Dei would naturally drive us to share it with fellow image-bearers, as well as drive us to help others realize their status as such.

A good example that comes to mind is how this concept permeates my role as a military leader. A core tenet of American military tradition is the ethical and humane treatment of enemy combatants, prisoners, and civilians. This tenet drives all military actions in combat, and it sets us apart morally from our enemies at times. It directly affects my role as a military leader and helps lay the foundation of my profession of arms.